This is the sermon I preached today at Barnes Methodist Church. The text was Acts 8:26-40 (Philip and the Ethiopian Eunuch). 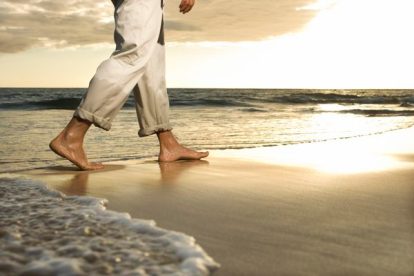 All of us walk at a particular pace. Some of us stride boldly along, swinging out our arms and leg. Others prefer to take life a little more easily, and amble along at a gentler pace. Whichever we prefer, we know that if we wish to walk with another person – and even more so with a group of people – then we probably need to change our speed to suit theirs.

After ten years of living in Brighton and working in London, I developed something of a ‘commuter’s walk’: head down, speeding along, determined not to let anything get in my way. (It’s the kind of walk you can see every morning and evening in central London!) By the time I finished commuting, I knew that it took me exactly twelve minutes to get to the station in the morning and, on good days, I would reach my chosen spot on the platform just as my train pulled in. This was fine on Mondays to Fridays but it did mean that I found it hard to moderate my pace at other times, and was unaware of how fast I was walking. Often, when I was out with her, my mother would simply stop and state clearly: “I cannot walk at that speed!”. I needed to learn to change my pace to suit others. 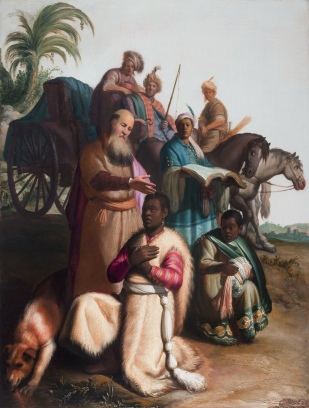 In the story that we have just heard read from the Acts of the Apostles, that is precisely what Philip is called to do. Philip is one of the seven deacons ordained by the apostle to serve the Early Church (Acts 6:1-7), and is not to be confused with the apostle Philip. Previously, he has been preaching the good news in Samaria (Acts 8:4-13). Now, though, he is called by the Lord, essentially, to stand beside an ‘A’ road and wait for an important person to pass by.

We do not know a huge amount about the Ethiopian eunuch is person beside what the scriptures tell us. He is an important official at the court of an African monarch, perhaps in Ethiopia or modern-day Sudan. He is wealthy and a man of influence, travelling in his own “chariot”. He is also clearly attracted to the Jewish faith, travelling a long way to visit the Temple and Jerusalem and knowing his scriptures well, notably Isaiah. There is a tradition that this man helped bring Christianity to Africa but we cannot know this for certain.

What we do know is that Philip is called to accompany this man on both his physical journey, along the road to Gaza, and on his journey of faith. To do this, he needs to change his pace to suit the Ethiopian’s. God calls him to join the chariot (8:29); to run to catch it up (8:30) and, presumably, to keep his pace up, so that he can engage the eunuch in conversation. The Ethiopian is doing what many people did in the ancient world to while along the long, dull journeys: reading. And Philip matches not only the speed of the Ethiopian’s physical journey but also his journey of discovery. He does not demand that the eunuch slows down to match his desired speed; he does not insist that he start with a preconceived discipleship course. Instead, as instructed by God, he starts where the Ethiopian is – in this case, with the prophet Isaiah – and acts as his guide and companion on the road of revelation that lies ahead. In this case, a road that leads to enlightenment and baptism. 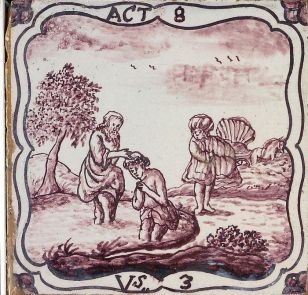 This story, like so many others in the book of Acts, speaks directly to my experience as a minister and my reflections on the future of our churches. Like many commentators, I believe that the climate in which our churches operate today is increasingly similar to the world of Acts. Far more similar indeed than it is to the world of, say, the Georgian or Victorian Church. Some of those similarities are obvious. Like the apostles, we operate in a multi-faith / multi-ethnic / multi-religious context. (Although before we feel too sorry for ourselves, we should note that Christianity still occupies an extremely privileged position in our nation.) Like them, we work as ‘pockets’ of Christianity – individual, often small, churches working as a network – rather than as ‘Christendom’.

Crucially, like the Early Church, we encounter people who are at very different stages of their Christian journey and who are walking at very different paces along ‘the Way’. Some – like the Ethiopian eunuch – already have a lot of information about the scriptures and are striding along the journey of faith; they need to have their detailed questions answered. Others are walking at a snail’s pace, and have only just begin to discover Jesus for themselves. Still others, have no knowledge whatsoever and seem to be on a completely different road altogether!

Like all ministers, I am continually challenged by this need to match the pace at which others are walking. The young teenager who is preparing for confirmation at Pentecost is walking at one speed. The folk who came to our Lenten Bible study, taking a detailed look at Mark’s gospel, were bowling along at another. And the people who read the weekly Bible notes that I am writing for the Methodist Church’s national website are at yet another.

I was brought face to face with this challenge most acutely a few months ago. A woman whom I did not know came to one of our evening services at Putney. Unfortunately, it was the second in a series on the letter of James in the New Testament that I was leading. I knew that most of the folks who come to that service are life-long Christians, who need to be challenged, and so we were looking in detail at a few verses. Afterwards, she confessed that this was the first time that she had ever entered a church to worship, and that she had, in fact, received no formal Christian education since the age of seven! She had had a personal crisis, which had led her to our doors. However, the speed at which we were moving was light years ahead of where she needed to be – and she confessed that she almost ran out, because we seemed to speaking another language! Luckily, she gave me another chance and we were able to engage in individual conversation on a number of occasions. I was able to lead her to some more suitable material that we could discuss together, looking at the most basic (and most important) elements of Christianity. I needed to slow my pace right down, though, to walk with her on those first, tentative steps along the path to faith. The whole experience felt rather like speeding along at 70 mph in the fast lane on the M4 and then suddenly putting the car into first gear! 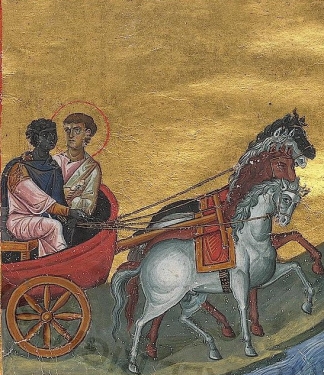 This is the challenge that both the Early Church and our modern churches face. How to accompany people at the right pace for them? How do we walk alongside the chariot both of young children and life-long Christians? Of those educated to a postgraduate level, with deep questions about evolution, artificial intelligence and scriptural authority, and those who are simply uninterested in such issues. Of those who have been listening to sermons for forty-odd years and have ‘heard it all before’ and those who have come for a baptism of their friend’s child and have not stepped into a church since they were a child themselves?

The challenge can leave many of us gasping for breath, desperately trying to change our pace to suit the needs of our listeners. More often, sadly, it leads us simply to adopt a ‘one pace fits all’ attitude. To settle for some sort of average that suits the majority of our members, and leaves the rest to take care of themselves. To produce sermons and worship that neither help those new to faith, nor truly challenge those whose faith has grown old and staid. As the alternative words to ‘Onward Christian Soldiers’ appositely bemoan:

Like a mighty tortoise
moves the Church of God.
Brothers, we are treading,
where we’ve always trod.

We are not adapting our pace – as Philip did – to suit that of the people we are trying to help. Instead, we are expecting them to match our own.

The challenge for us a church is to determine how we follow Philip’s example and walk alongside those in our community whom we are called to serve, and who want to engage with our faith. Of course, we cannot be ‘all things to all people’ and we need to recognise the limitations of our resources. But we need to be conscious of our calling and to be deliberate about our pace. We need to be sacrificial in our life as a church, perhaps moving at a pace that we personally find uncomfortable, in order that we can walk alongside others. Who is the Ethiopian eunuch of our own day whom God is calling us to accompany?

In doing this, we are seeking to follow the example that not only Philip, but God has set us. For that is precisely what we celebrate in the incarnation of God in the person of Jesus Christ. It is God choosing to walk alongside us, at our pace, in order that we might have life in all its fullness. As Brian Wren’s Easter hymn puts it so eloquently:

Not throned above, remotely high,
untouched, unmoved by human pains
but daily, in the midst of life,
our Saviour, with the Father reigns.

Jesus walked at the pace of all those he met: encouraging, cajoling, leading them on. And he continues to walk beside us all, every day of our lives, matching his pace to suit our own: sometimes striding ahead in the full confidence of faith; at others, patiently waiting at the roadside for us as we are overcome by doubt and sin. Without that accompanying presence, without that selfless act of love and grace on God’s part, we would all be lost. It is a selfless, sacrificial example that we are called to follow. I pray that – as a church and as individuals – we might not only know that presence in our lives always but be inspired to walk along others that they might the good news of Jesus Christ. Amen.

2 thoughts on “Walking with others”