This is the sermon I preached today at Bushey & Oxhey Methodist Church as we marked the beginning of the season of Lent. The Bible readings for today were Genesis 2:15-17, 3:1-7 and Matthew 4:1-11.

“Lead us not into temptation,” are words said most days by Christians across the world as part of the Lord’s Prayer. But what does temptation mean? More specifically, what does it mean to me and you? Lent is the season of the Christian year when we recall Jesus’ temptation in the wilderness, and is also a season when we recall our own sinfulness and the distance that has grown up between ourselves and God. It is appropriate, therefore, that today – on this first Sunday in Lent – we reflect on the meaning and reality of temptation.

We begin, as always, with the scripture readings for today, in which the theme of temptation is only too clear. Both are well-known passages but perhaps the Gospel is the more straightforward, and we shall begin there. Matthew, like Mark and Luke, places Jesus’ time in the Judean wilderness right at the beginning of his ministry, immediately after his baptism by John. All three writers considered this to be a truly seminal moment in the life of Christ, marking the end of his time as a private individual and the beginning of his public ministry. Matthew’s account, like Luke’s, is a much longer description of what happened in the wilderness than Mark’s, and includes three direct challenges by “the tempter” (or Satan as he is often known). Jesus is tempted to question the central tenets of his faith: to use God-given power for his own ends; to put God to the test; and to worship someone other than God. On each occasion, Jesus replies with a quotation from the Old Testament book of Deuteronomy (Deut. 8:3, 6:16, 6:13 respectively), one of the most-cited books in the New Testament but one with which most Christians are sadly unfamiliar. This is yet another vital reminder of reading Jesus in the context of the Hebrew scriptures. It is also interesting to note, in passing, that the passage illustrates the temptation of interpreting scripture through the lens of single verses, because even the Devil can quote scripture at Jesus to prove his point (Matt. 4:6 / Ps. 91:11-12)!

Crucially, this is a moment of choice for Jesus, the kind of choice that so many women and men have faced over the millennia. The choice of how to lead their lives, of how to use the talents and opportunities with which they have been blessed. The choice of which god they will set as the focus of their lives: their career, their pleasure, their wealth, etc. The choice of whether or not to succumb to the power of temptation that lures them down pathways they know to be wrong. Jesus, of course, provides the perfect example of one who was blessed with supreme authority, power and opportunity for self-advancement, yet chose a path of humble service. It is upon that example that we need to fix our eyes very clearly during this season of Lent. 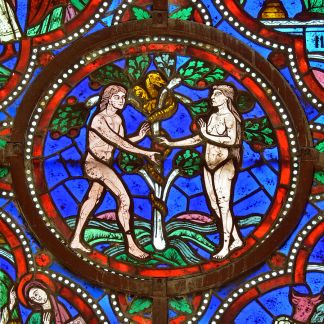 Let us turn, though, to another crucial moment of choice in the scriptures: our first reading, the story of Adam and Eve. This story has been overlaid by so many centuries of interpretation and misinterpretation that, as a preacher, I am almost reluctant to have it read in a service where I am expected to comment on it in ten minutes! Perhaps it is easier to say what the passage is NOT about. It is not saying that women are responsible for all the evil in the world and men have a free pass for everything that’s gone wrong since! It is not about a mean and spiteful God, denying his creation equality with himself. Nor is it meant to be an exact account of the history of humanity. It is allegory – a story told to tell us an eternal truth about God and ourselves, not a fly on the wall documentary. However hard we search, we shall never find the Garden of Eden anywhere on earth. Not in the Middle East, not on Tasmania and not in Jackson County, Missouri in the USA – all of which have been suggested as plausible locations!

As I have said before, when we read the Bible we need, first and foremost, to discern what is the ‘theological truth’ that is being divinely revealed to us? What do these verses tell us about God, about his creation, including us, and about our relationship with God and with one another? In this case, the truth is that with God and his commandments there is life, and life in all its abundance. As the commentator Walter Brueggemann notes, the language used in this part of Genesis is extremely significant. God acts with “strong and decisive verbs: God formed, God breathed, God planted”. God is the creator of life and of a wonderful world, teeming with beauty and variety. In contrast, the serpent (whom most commentators would again consider to be some form of Satan or the devil) is incapable of actually doing anything. All it can do is subvert the true words of God and place doubt into the minds of humanity: “Did God say…?” (Gen. 3:1); “You will not die…” (3:4). It is a life-denying voice.

In the story, we often express some sympathy with Adam and Eve, suggesting how unfair it was of God to place this one tree in the garden of which they could not eat, and in Christian art and subsequent depictions, that tree is usually set out as the most brilliant and most abundant tree in all Eden. Yet God says clearly, “You may freely eat of every tree of the garden” (Gen. 2:16). Every single tree and bush and flower is yours, God effectively says, to do with as you will. Everything you see before you, I have given you freely and without limit. But this one tree alone is not for you.

In our world today, we see Adam and Eve’s encounter with the serpent being repeated endlessly. We see scientists, who could engage with any part of the vast universe of science, choosing to focus their research on new nerve gases and weapons of mass destruction. We see politicians, who could make speeches or laws about any number of issues affecting humanity, choosing to focus on their own career and enrichment. We see teenagers and adults who have the whole world to explore through the miraculous gift of the internet – linking all humanity and opening up every corner of creation – focussing instead on its darkest and seediest corners. In each case, Adam and Eve’s descendants are faced with the choice between the all the trees in the Garden that gives abundant life and the one that leads to death. And far, far too often they choose the latter. 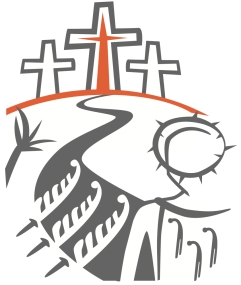 For each of us the nature of our temptation will be different. Very few of us will be led astray by the promise of a Braeburn or a Cox’s Orange Pippin! As I look at the state of our world, and our nation, as a whole, I fear that our besetting temptation seems to be the allure of hatred. In the past year or so, in our country and across the globe, we have seen so much sin and evil arising from a belief that simply by hating the right people we will solve our problems. That building barriers and walls between us will bring us the solutions we desire. We have seen it in the USA, in our own country and across the world. The temptation to hate and fear. We see the huge challenges we face – employment, housing, healthcare – and like Adam and Eve we are faced with a wonderful variety of potential ways forward. Innovative and creative solutions that reflect the incredible gifts with which humanity has been blessed – technological innovation, community partnerships, bold new enterprises. Yet, always our eyes are drawn to the one tree in the Garden and we hear a voice hissing in our ear: “It’s all because of THEM.” Just get rid of them; just make them disappear; just separate yourselves from them – and all shall be well! It is the temptation to hate and fear that humanity seems doomed to wrestle with eternally. It is the same voice that led to the pogroms, to the fields of Flanders and to the gas chambers of Auschwitz. The temptation to deny God and his plans for abundant living. It is a temptation that we in God’s church have a solemn duty to challenge in everything we say and do.

As we enter this holy season of Lent, when we are called to “rend our hearts and not our garments”, we need to reflect on both these passages of scripture. To recall both the failings of the first Adam and the example of the “second Adam”, Jesus. We are called to reflect on the kind of abundant, generous living that Jesus modelled in his own life and of which he spoke so eloquently when his ministry began after these 40 days. The abundant generosity of God’s creation as seen in the Feeding of the 5,000 or the Wedding at Cana; the abundant inclusivity of God’s kingdom as seen in the Parable of the Wedding Feast and his dealing with gentiles; the abundant nature of God’s forgiveness as seen in the Parable of the Prodigal Son and ultimately the crucifixion. As we struggle with our own temptations, as individuals and as a society, let us ever bring to mind that example and that generosity. This Lent and always, let us choose life, and life in all its fullness. Amen.

Notes: The quotation, and at least part of the inspiration for the sermon, comes from Texts for preaching: A lectionary commentary based on the NRSV-Year A – Walter Brueggemann et al. London: Westminster John Knox Press. 1995. (Page 184.) Images: ‘The Temptations of Christ, 12th century mosaic at St Mark’s Basilica, Venice’ (Wikicommons); ‘Detail of a stained glass window (XIIth century) in Saint-Julien cathedral – Le Mans, France’ (Wikipedia); unknown.